When hope arises from the mud and darkness… 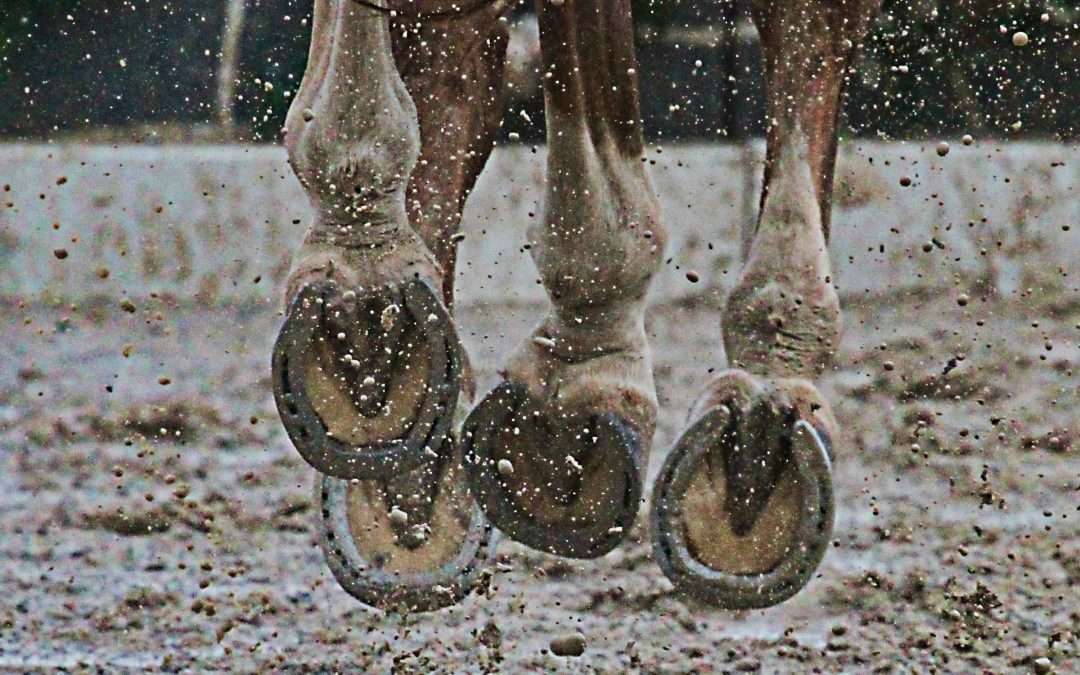 Why do all of these months fall to the bottom of my “most loved months of the year” list? Blame it on growing up in Connecticut, and then (perhaps somewhat foolishly) owning and operating a large horse farm there for a decade or so. Yeah, some of us are just not that quick to catch on…

Although I now live in Virginia and all of the aforementioned months are far less trying here than they were in the land of my youth (and early middle age), I still think of them as the months of dark, cold, mud, frozen mud, dark, cold…. you get the point. For someone who’s come to love my creature comforts, I sometimes look back and wonder, “What was I thinking!?”

It’s somewhat ironic that now that I’m in a far more temperate climate, I no longer make a living working outside anywhere from 10 to 20 hours a day. Usually the worse the weather, the longer the hours spent outside – it’s known as The Law of Relativity of Equine Colic and Miserable Weather. (OK, so I just made that name up, but those of you with horses know it’s a real thing!)

It always seemed that we’d get a hard freeze right after a particularly wet period, so all of the deep hoofprints in the mud around the gates would become ankle breaking obstacles to be traversed while wearing clunky boots pulled on over 2 paris of socks, (one of which has slid down and is now in an uncomfortable lump under your arch). This all happened in less than optimum light, often with frozen precipitation, and with at least one horse in hand. And yet….

And yet, I knew that once we hit the end of November, I could begin the countdown (in days, not weeks or months) to the day we turned the corner and headed toward spring: the Winter Solstice. Long a favorite of Druids everywhere – the shortest day of the year (in hours of daylight – sadly it still has 24 hours, just like all the others) falls around the 21st of December, and once we hit that day, we’re firmly on our way to spring. Well, OK, maybe not so firmly, there were still months to go till it was warm enough that water buckets didn’t freeze solid overnight, but the addition of that 1 minute of daylight every couple of days was enough to keep me going… I used to buy an Old Farmer’s Almanac every year, just so I could keep track of the number of minutes of daylight we’d gained. (Never mind if the weather was so horrendous that the amount of daylight was verifiable only through said Almanac).

Somehow, hope arose from those days of mud and darkness, and that small glimmer of hope was enough to keep me moving forward through the next 2 or 3 months of miserable weather. After all – we were gaining a minute or two of daylight, and soon (although perhaps not soon enough), it would be spring.