Bridging the knowledge gap. Can learning more make you safer around horses? 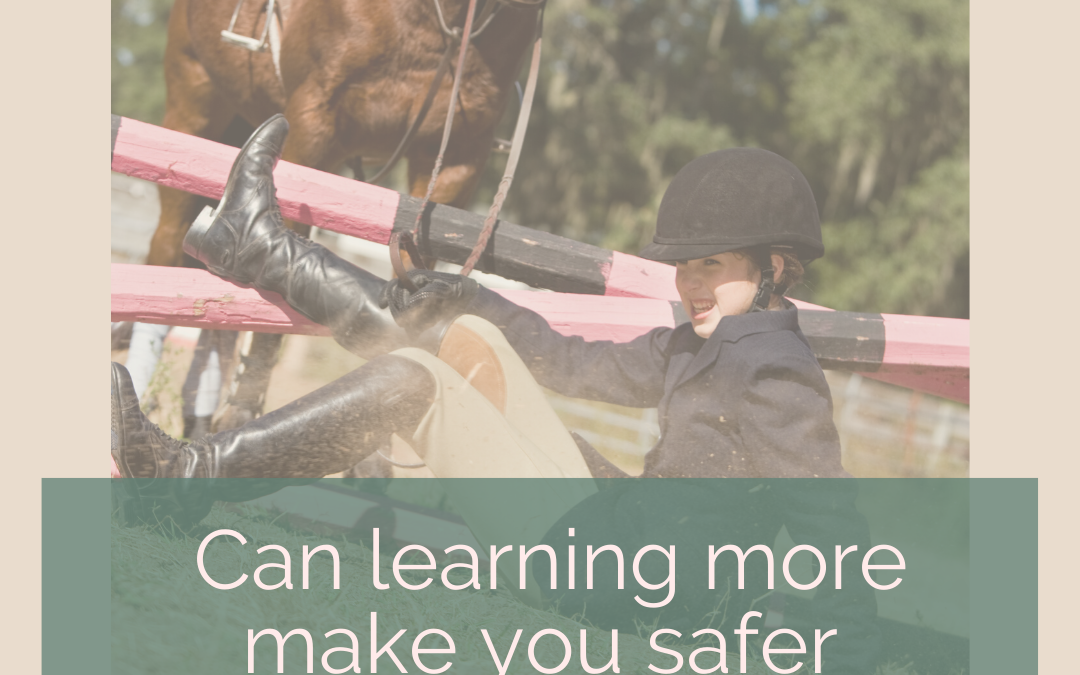 As so famously said by Alexander Pope, “A little learning is a dangerous thing.” This danger rises exponentially when horses are part of the equation. If you don’t want to be the bad example that becomes lore with your great-grandchildren, try a few of these suggestions to ensure your Horsey Life is long and healthy.

When more is better.

There are definitely some instances when more is better. Getting to know your horse – his particular personality traits, his normal appearance, and attitude. Having that knowledge will make it much easier to spot a small problem and prevent it from becoming a large problem!

Regular safety checks also fall under the “more is better” category.. Having a simple routine to check your horse in the pasture every day (if he lives out like mine do), can help . My simple field-check formula can be remembered as “22400 Gut”.

My 31-year-old Dutch Warmblood was definitely “not quite right” one day last fall. He wasn’t lame, he wasn’t coughing, there was no swelling, no bleeding, but something was wrong. When I called my vet, she had me check his temperature, which was 104!! She’d seen half a dozen or so horses with these same weird symptoms. All of them were sick for a few days and then just got better. 2 days into this high fever, he developed bright orange mucus coming from one of his nostrils. It was bizarre and a bit frightening – a 30-year-old horse doesn’t have as strong an immune system as a 10-year-old horse, and I was very worried. Fortunately, his recovery followed the same trajectory as my vet’s other clients and within 5 days of starting antibiotics, the fever was gone, the mucus was gone (it really was gross), and he was back to being his own incorrigible self. The moral of the story is that if I hadn’t picked up on those subtle symptoms of him being “not qI do advise (to myself as well as you) that you check it for several days over the next week or so so you have a baseline temp. That will give you the knowledge of what’s normal for him. 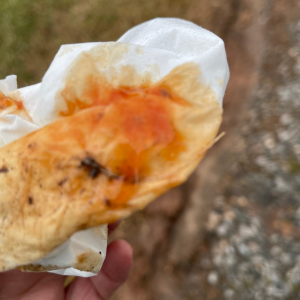 When do you call the vet?fever was gone, the mucus was gone (it really was gross), and he was back to being his own incorrigible self. The moral of the story is that if I hadn’t picked up on those subtle symptoms of him being “not qI do advise (to myself as well as you) that you check it for several days over the next week or so so you have a baseline temp. That will give you the knowledge of what’s normal for him.

If you’re going to the barn or going trail riding on your own, make sure someone knows where you are. Just checking in with someone is a good idea any time – (Remind me some time to tell you the story of the message that never got delivered, leading to a missing person’s search, and a State Police car waiting for me in the driveway when I got home. It’s funny now…) Better to have that safety routine. I would text my daughter when I got on a horse if I was by myself. I told her I would text her back in xx number of minutes/hours. It made both of us a little more comfortable knowing that if something did go wrong, at least I wouldn’t be lying in the middle of the field with a broken leg…

Have you ever read the warning labels that come on chain saws, blow dryers, and other common items we encounter during out day? If you haven’t, I urge you to go to the closest small appliance or tool at hand, and read it. On a blow dryer, “Don’t use in the bathtub” and “Don’t use when you’re asleep”… I think one of my favorites was on a chain saw advising the user to not use it near their genitals… wow… and you seriously thought operating a chain saw near your genitals was a good idea… why, exactly??

All of those warnings come, in part, because we live in a very litigious society, and the manufacturers of these items need to cover their own arses if (or should I say when) someone idiot decides to use a chain saw near their genitals. “Probably a good thing Lorena Bobbit only had a carving knife…”

So, because horses don’t come with those handy little warning labels, my advice is this: don’t do stupid things on, with, or around horses. Just don’t. I don’t care how sweet your horse is – he is a prey animal and will react with his flight instinct if he’s frightened. I don’t care how long you’ve been ducking under your horse’s stomach to grab the girth. Unless you live in an area with no insects, remember the big horsefly that lands on his back leg will garner more attention than where your head is at the moment.

Just use your (all too often un-) common sense. Remember the chain saw warning when you’re about to take your green horse out on a trail ride alone when you know he has a big spook…

Just don’t do it.

Stack the deck in your favor

There are things you can learn (and do) to help keep you and your horse safe and happy.

In an interview with The Horse Magazine, Courtney recounted the series of events that unfolded that day.

“My accident happened in March, 2010. I didn’t fall off, and my horse did nothing naughty. He just tripped over his own feet and fell, and my head hit the ground hard. Hence my motto: expect the unexpected. I was not wearing a helmet, and my brain sheered, or bounced around, in my skull. I was in a coma for a month. I had to relearn to do things like walk, talk and eat.).”