This Never Hurt When I Was a Kid… 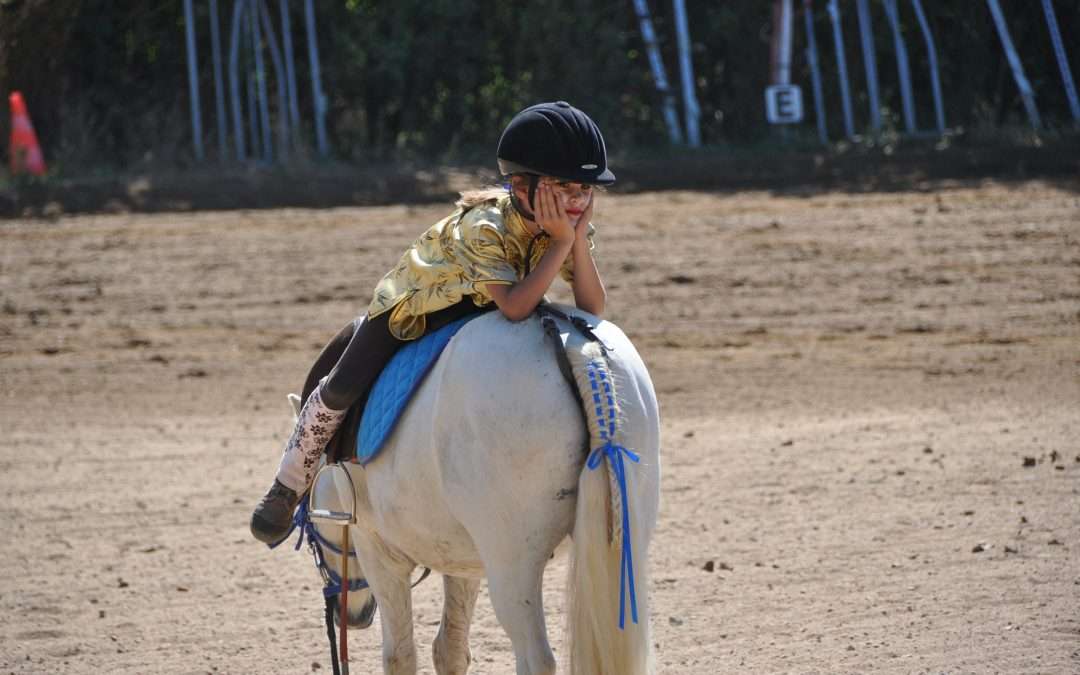 …and other laments of a midlife horsewoman

If you have a chance to hang around with other midlife horsewomen, you may hear them moaning about this somewhat frequently, (which is comforting in a “Misery Loves Company” kind of way); but, if you don’t spend a lot of time with other prime-time riders, various aches and pains can be disconcerting… and embarrassing.

Let me jump in right here and say that none of this is intended to be medical advice or to suggest treatment or diagnosis for any discomfort you may be experiencing. Always check with your health care professional before starting new forms of exercise.

OK, now that we have that out of the way, let’s look at some of the issues we face as returning horsewomen.

Well, this never hurt before…

I don’t know about you, but I don’t remember ever being sore after a ride when I was a kid. Well, there was that one time I got kicked in the crotch the night before a show… that definitely made for a pretty uncomfortable day in the saddle… but I digress.

When we’re young, we’re more likely to be flexible, to have a greater degree of cardiovascular stamina, to have better balance, and to lead a generally more active life. Obviously, this is one of those sweeping generalities that everyone advises against, but you get my point.

So the realization that riding can hurt can be sobering; however, pain isn’t the only physical issue we experience when we return to riding as midlifers. (Oh yay, there’s more?!?) Loss of flexibility, especially in our backs, hips, and knees can seriously impact our comfort level when we start riding again. And if pain and stiffness weren’t enough to send you in search of the nearest bottle of wine, let’s not forget about balance.

According to Healthinaging.org, nearly 8 million adults of all ages in the United States report balance disorders each year. About one-third of the older population reports difficulty with balance or walking; the numbers increase significantly after age 75. All in all, almost 40% of older adults are affected.

In case you haven’t noticed, good balance is key – for you and your horse to enjoy comfortable rides. A balanced rider is easier for a horse to carry in a balanced way. The rider’s balance can even have more of an impact than her weight on a horse’s ability to safely and comfortably lug a human around its back. This is not to say that you get a free pass if you’re seriously obese but can stand on one leg for a count of 10 without toppling over, but that’s a discussion for you to have with your doctor (and your vet.)

Funny, I don’t remember feeling (fill in the blank)…

After a break of several years, (or decades), getting back into the saddle can bring great joy, immediately followed by the shocking realization that this feels nothing like it did when you were younger. What happened to that old adage about riding a bicycle – you never forget? Isn’t that supposed to apply to riding horses, too? Evidently, one of the times you fell on your head when you were 10 caused just enough of a concussion to erase all memories of the downsides of riding; and you’re now discovering:

It stinks to have to face the fact that we didn’t retain all the skills (and fitness) we had when we were kids; but, there is a way forward!

And I’ll share that with you next Monday. Until then, love your horse, love your life, and love yourself.

Get the 10-Minute Toolkit

6 Portable, Powerful Exercises to help you reduce anxiety and increase joy in the barn and beyond!